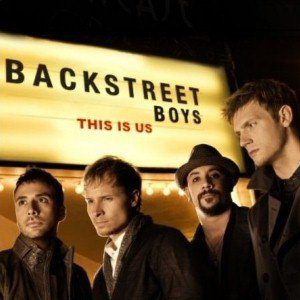 AJ McLean, the former boy band heartthrob, and his new wife Rochelle Karidis are expecting their first child together. Although AJ told People Magazine last year that they were probably going to enjoy marriage for a few years before starting a family, it seems like the two could hardly wait to welcome a bundle of joy into their lives.

The proud singer made the announcement on his Twitter page, tweeting “Yay we’re having a baby girl!!!!! Little baby Ava Jaymes.” They also shared a YouTube clip with fans about the exciting news. In the video, Rochelle looked happy wearing a plaid long-sleeved shirt and jeans to cover her small bump.

According to CelebrityBabyScoop.com, baby Ava will be the first girl of all the Backstreet Boys’ children. Former bandmates Brian Littrell, Kevin Richardson and Howie Dorough are fathers already, but they all have boys.

HollywoodLife.com reports that AJ asked Rochelle to marry him back in January 2010 at a concert in Las Vegas. They wed almost a year later in December 2011. No doubt they’re very excited about the pregnancy and will become wonderful parents.