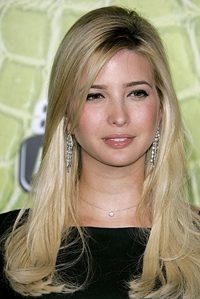 Ivanka Trump and her husband, Jared Kushner, have welcomed their first child into the world – a daughter named Arabella Rose. Ivanka says she’s thrilled with the new addition to her family – but admits she was scared about the labor and delivery process.

“My breathing exercises are going to come in the form of screams and panic,” the 29-year-old star joked with People magazine earlier this month. “I have enough anxiety about the type of mother I’m going to be and the nuances of being a parent. I haven’t focused too much on the actual delivery part, which is seriously terrifying.”

But she got through it, tweeting after the baby’s birth on July 17, “Jared and I are having so much fun playing with our daughter! Arabella Rose is beyond adorable. She’s truly a blessing.”

Earlier this year, Ivanka told Harper’s Bazaar, “”I do have a bit of first-time-mom syndrome … I’m already on what I should be doing when she is three and when I should introduce new languages,” like French and Mandarin Chinese.