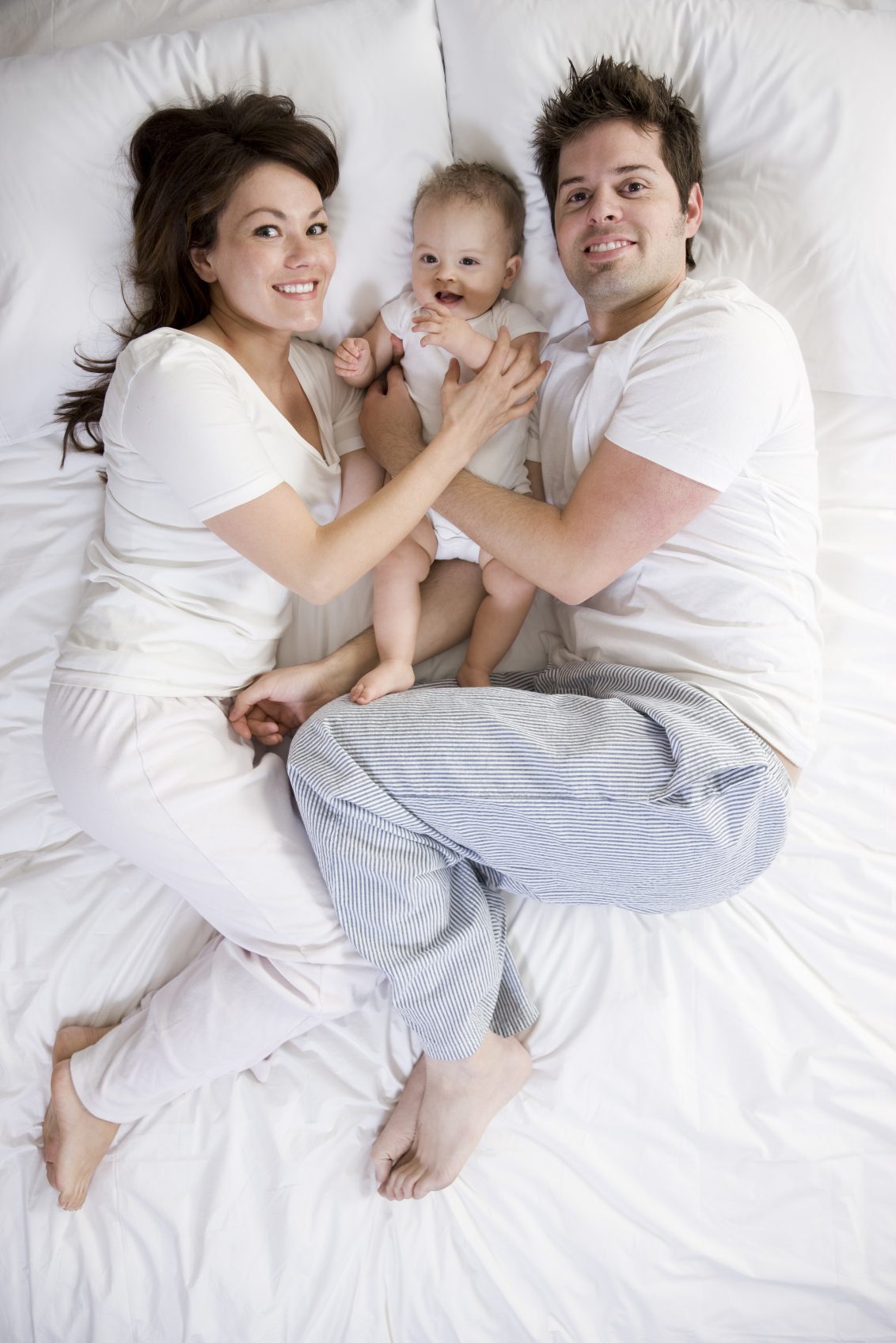 Making The Cut. One dad decides whether to circumcise his newborn son

Doctor or midwife?  Natural or epidural?  The decisions that confronted my pregnant wife were overwhelming.  Still, she attacked them with aplomb, stacking baby books precariously on the nightstand and, in a stunning 14-question performance, cementing herself as the Lisa Simpson of the birthing class on the very first night.

And where was I during all this?  I guess you could say I coached from the sidelines.Sure, I interjected thoughts on pack-and plays here and strollers there, but we both knew who wore the belly band in the pregnancy.It seemed my most significant decision was whether to use rollers or brushes to paint the nursery a soothing cornflower blue.  (My two cents: rollers all the way.)

Then we realized there was something we forgot: circumcision.  “You get the final say,” my wife said, before poring through a breast pump catalog.  “After all, you’re the dad, and you’ll be answering his questions.”

I felt a rush of manly pride .  Finally, I had a “big decision” to make.

I started my research the best way I knew how: in a bar.  Over beers, a high school buddy said he opted to snip his son for one simple reason: “Chicks dig a circumcised unit.” Across the table, our only uncircumcised friend, Steve, let out a chuckle: “Um, trust me, I haven’t had a problem.” In fact, he was practically giddy about his arrangement, crowing, “I call mine my ‘hooded warrior.’ ”

Clearly, I wasn’t going to find the answer with these knuckleheads.

The United Nations AIDS task force recently announced that about 30 percent of males worldwide are circumcised.  Sixty eight percent of those are Islamic and less than 1 percent are Jewish, but get this: 13 percent are non-Muslim, non-Jewish Americans.  We are among the world leaders in secular snipping.  So, why do we do it?

“Health reasons” is the mos t common answer, but it’s also a nebulous one .

Circumcision is believed to lower the risk of contracting STDs—although I’ll say on record that if the only thing saving my child from HIV is his lack of foreskin, then I’ve failed as a parent.

Circumcision also reduces the odds of cancer of the penis ( officially the worst four-word combo in the English language) and of urinary tract infections in the first year of childhood, but those conditions are extremely rare, says Jack Swanson, M.D., a pediatrician at McFarland Clinic PC in Ames, IA, and a member of the task force that created the American Academy of Pediatrics’ circumcision policy statement.Swanson says that although an uncircumcised boy is 3.5 to 7 percent more likely to have a urinary tract infection, the total number of infections is less than 1 percent.“We didn’t think that justified that the Academy say that every baby boy should have a circumcision for a medical reason.”

Beyond my son’s health, I wondered if he would endure vicious taunts in the junior high shower (and, more importantly, gasps from future girlfriends) upon exposing his “elephant’s trunk.” Turns out it might depend on his hometown.  According to the National Center for Health Statistics, circumcision rates in the Midwest top the nation at 79 percent.The South comes in at 59 percent, the Northeast at 67.  But in the West, where we live, the rate is just 31.5 percent, so he would have plenty of uncircumcised company.

In fact, among my friends I discovered that the more a couple researched the subject, the more likely they were to decide against circumcision.  Which I guess makes me an anomaly.

The growing anti-circumcision movement is led by passionate “int-activists,” who believe the operation is traumatic for the newborn, that dire complications could arise during the surgery, and that the foreskin is the most sensitive part of the penis.  For me, these arguments felt like scare tactics.

Circumcision is a routine 20-minute surgery, and the most common elective procedure in the United States.  Swanson puts the complication rate at 0.2 percent to 0.6 percent if performed in the first two weeks Of a baby’s life—a figure I could live with.These days, “pain shouldn’t be an issue,” he says, adding that parents should ask if their doctor uses anesthesia and, if not, find one who does.

And as for that concern about my son losing crucial sensitivity?  I picture myself chuckling right back a t Steve: “Trust me.  I haven’t had a problem.”

So, my decision to circumcise our child came down to four simple words: It worked for me.  It will be easier if we’re both on the same playing field, so to speak.  And in the end, just how important a decision is it?  “It seems to be a big choice for some parents to get over, but it’s not a huge deal,” Swanson says.

He’s correct, but with a caveat: There are as many legitimate arguments for leaving things intact as ther e are for circumcision.  The foreskin can easily be cleaned to avoid infection, and it obviously doesn’t interfere with any sexual or biological activity.  This makes whether to circumcise the perfect introduction to those endless parenting questions to which there is no “ correct” answer—just one that feels more right than others.

I’m at peace with my choice and glad I did the research to make an informed decision.  Plus, I have a good feeling that, some time around the year 2025, chicks will dig my boy’s circumcised unit.  Call it father’s intuition.

Circumcision is an increasingly controversial choice, but both sides agree on one thing: The decision should be made before Junior is in your arms.  “I think that it’s nice for parents to consider all of this before they deliver, when nobody’s in a good frame of mind to make any decisions,” Swanson says.  For objective background information, start here: aap.org, the website for the American Academy of Pediatrics, and mayoclinic.com, the online home of one of the country’s leading medical authorities.

Matt Williams is an editor and writer in Portland, OR, and a proud dad.  He’s happy to report that his son, Dylan, barely let out a peep during his circumcision.