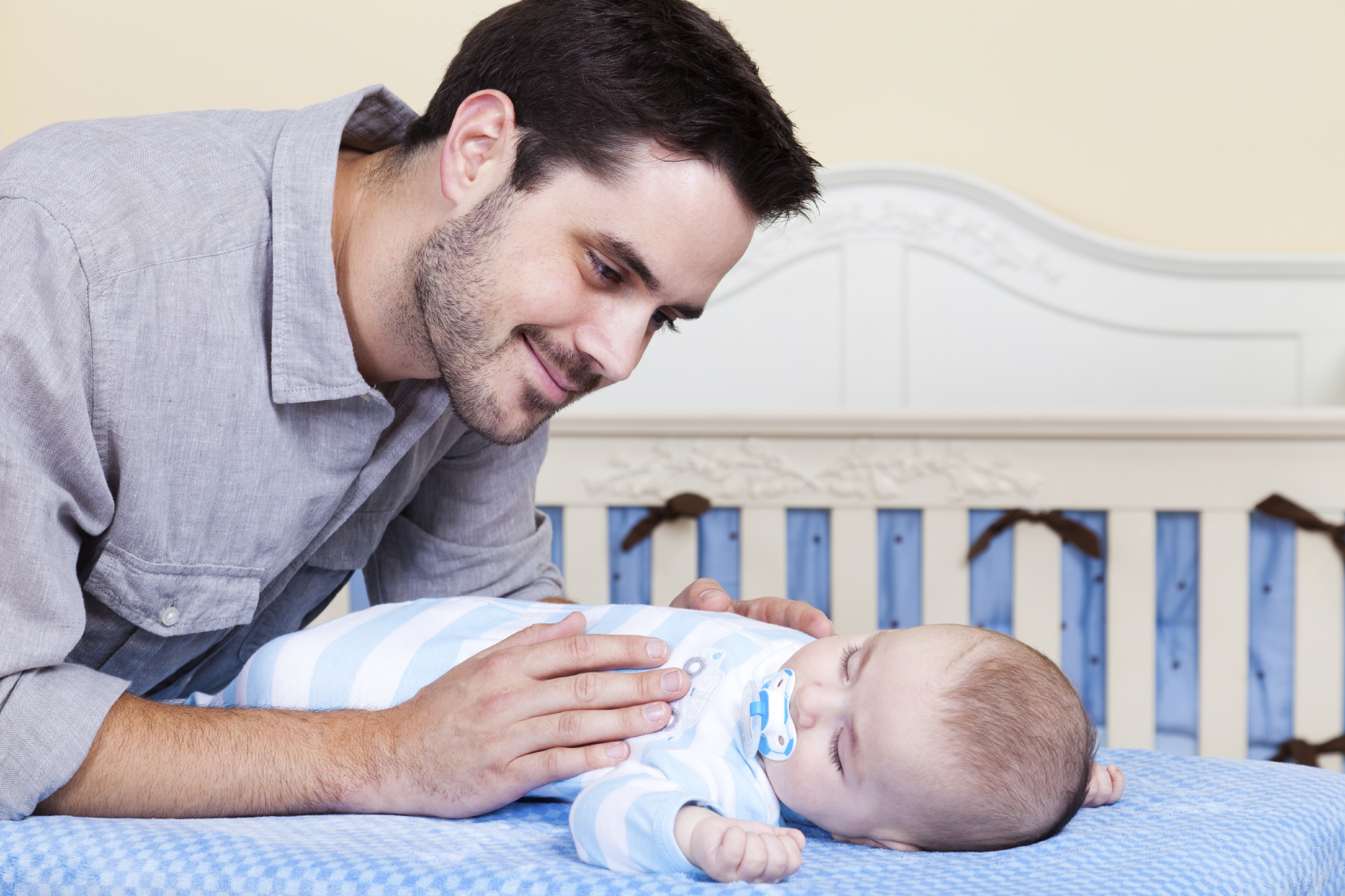 I learned to change Eli’s diaper by reaching my arms through the portholes of an incubator.  The diaper was barely larger than a matchbook, and replacing it amid the tangle of wires attached to his little body terrified me.

The first time I got to hold my son, he was 4 weeks old.  He had grown by then to a little over 2 pounds, from his birth weight of 1 pound, 11 ounces.  Before his nurse could remove him from the incubator, she had to disconnect the breathing tube that served as his lifeline. In the short time it took us to nestle him into my arms, his limbs had gone limp.  I wasn’t doing too well myself.

“Breathe, Daddy,” the nurse said to me, seeing how frightened I was.

Once she reattached the ventilator, Eli’s breathing picked up.  Vigor returned to his body and, with it, my normal pulse.

No one asks to have a premature baby, and no one can fully prepare for it.  Here’s how my wife and I became parents of a baby in the NICU (neonatal intensive care unit), and what I, as a father, went through for rhe 100 days before we were fortunate enough to bring our son home.

The week before Eli was born, our minds could hardly have been further from the hospital. Stephanie’s due date was still three months away; her belly was still so small she had yet to be offered a seat on the New York City subway.

We learned at a checkup that Stephanie’s blood pressure had risen, so she went to the hospital to get examined further.  Doctors lowered her pressure with medication, but admitted her for observation.  For the next several days we sat around playing Scrabble while nurses periodically came in to take her readings.

But on the day we expected Stephanie to be discharged, her blood pressure shot up again and suddenly things started moving fast.  Her doctors concluded she had preeclampsia and that the only way to rule out the possibility of a stroke was to perform an emergency C-section. Moments later, a neonatologist quickly ran through the risks associated with premature birth and the steps the hospital would take to save our child. I don’t remember a word she said.  The next thing I knew, I was stepping into scrubs.

The delivery, blessedly, went well.  After a brave effort by Stephanie and all those attending to her, we heard a soft cry from behind the partition, followed by a voice that told us we had a boy.  I was able to take a quick look at him: an impossibly tiny but beautiful child.  Stephanie could see only the soles of his feet as he was being whisked off to the NICU.

It was early evening, and for the rest of the night and into the next morning I felt euphoric. Eli was as healthy as could be hoped for given the circumstances.  Stephanie was recovering.

Exhaustion caught up with me that afternoon, just as I saw Eli in an incubator for the first time. Thick strips of gauze and medical tape wrapped around his jaw to hold his breathing tube in place.  Blinders shielded his eyes from photo treatment for jaundice.  This would be our reality for weeks.

Each afternoon the attending physician would give us a report, making no promises and seldom telling us more than we needed to know.  Several times we learned that one of Eli’s lungs had collapsed (only to re-inflate hours later).  When Eli was diagnosed with retinopathy of prematurity—a disease that, if left untreated, can cause blindness—it became obvious that he needed laser surgery, at the cost of permanently diminished peripheral vision.

As for his breathing tube, Eli resisted the doctors’ first three attempts to wean him off it. During the fourth and final attempt, Stephanie and I watched as he struggled for hours, writhing, wheezing and, for the first time, breathing on his own.

As the weeks passed, slowly he got healthier and bigger.  A thousand grams…1,500 grams…3 pounds…then 4!  He eventually graduated to a crib, and nurses showed us how to bottle feed, burp him, and give him a bath.  I learned months’ worth of parenting in mere days.

Scenes from the NICU, clockwise from left:

Eli at 10 weeks; in his father’s arms; moments before going home from the hospital.

Finally, weighing just 5 pounds, the hospital deemed Eli healthy enough to go home.  We bid an emotional goodbye to our extended NICU family—all of the doctors, nurses, therapists, and receptionists who so lovingly cared for our son— and carried him out into a brilliant spring day.

It occurred to me then that I, too, had come a long way during the months Eli had spent in the NICU.  At the time he was born, I was struggling to prepare myself for fatherhood: What would it mean for the works in progress that were my marriage, my career, my life?

I still didn’t have all the answers, but when we left the hospital as a family for the first time, I felt ready to be a dad.  Eli’s dad.

Paul Rogers is a New York–based journalist whose work has appeared in numerous publications, including Sports Illustrated, Business Week and the Boston Globe.  He’s a former senior editor of Travel + Leisure Golf.