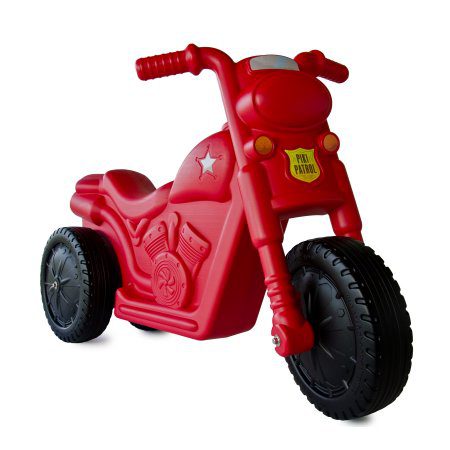 The Piki Piki Children’s Bike ($69) has been a wonderful addition to our family’s toy collection. With three children under the age of 5, we are always on the lookout for toys that will appeal to multiple ages—and be safe for them all. This bike was designed for children ages 18 months and older, so it’s great for toddlers and preschoolers alike.

There are so many thoughtful details built into this bike. Chief among them? The fact that it is designed for both indoor and outdoor use.

Because the Piki Piki Bike steers like a traditional bicycle, it helps builds confidence and coordination. At the same time, it develops the skills needed to ride a two-wheeled “big kid” bike later on.

After much time spent researching bikes for our oldest child, we opted for a balance bike over a traditional tricycle or bike with training wheels. My daughter loved it and took off without hesitation with her first two-wheeled bike because of the skills she developed. The Piki Piki Bike is much lighter than the balance bike we used with her, but begins to build the same skills. This is such a great precursor.

Because of the bike’s extremely lightweight design, it is easy for toddlers to maneuver and for parents to carry. The high quality construction from durable plastic is built to last. This bike takes a beating from my oldest two and is no worse for the wear. It will certainly last for the baby to use, if his older sisters give him a chance.

The motorcycle-like design is a big hit with my oldest, while my middle child loves that she can ride a bike similar to her older sister.

The Piki Piki Bike is a fabulous investment for any family with active children. It would make a great birthday or holiday present too.