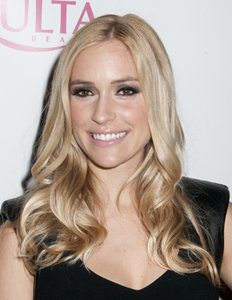 Kristin Cavallari, most notable for her stint on “The Hills,” isn’t a first time mother, but that doesn’t mean she’s totally prepared for what her second pregnancy is going to throw at her. After announcing baby No. 2 right before Halloween, Cavallari has been very vocal about the differences between her first pregnancy and what’s happening this time around. Most of the differences revolve around her energy levels, which are a lot lower now that she has to chase her son, Camden, around. To combat her lack of energy, she’s been turning to sweets in her first trimester.

“The first trimester, with Camden and this pregnancy, I’m just really tired so it’s not really until the second trimester that I can start eating healthy again and kind of get my workout routine back in action,” she told Us Weekly magazine. “So I’ve been kind of being a little lazy and eating a lot more sugar than I typically do. I’ve just been really tired, but I’d take that any day over having morning sickness.”

Sugar and carbs have been her best friends as of late, and she admitted to the magazine that it was the same in her first pregnancy. However, she revealed that she’s had to slow down a bit on her “intense” cravings, since her skin was breaking out. She went on to note that she usually snaps back to her healthy eating habits in the second and third trimesters. To keep her weight in check, she’s been doing Pilates workouts, weight lifting and stints on the Stair Master.

Are Cavallari’s cravings normal?
Most pregnancy cravings are totally normal, with the exception of women who crave nonedible items like paint chips, laundry starch or dirt. This characterizes those with pica, a type of eating disorder that might signal nutritional deficiencies. As long as you’re craving something that’s actually edible, you’re in the majority. Sweet, salty, spicy and sour foods are typically the most common cravings, suggesting that Cavallari’s tendency to snack on sugar-loaded goodies is definitely normal.

However, it’s not a good idea to overindulge, especially if you’re craving foods that are unhealthy, like junk food, ice cream, candy or soda. Instead of giving in every time you’re yearning for a bite, substitute the item you want with something better, like sorbet, a piece of dark chocolate, fruit or popcorn. This, along with doctor-approved workout regimens, will help you stay at a healthy pregnancy weight.