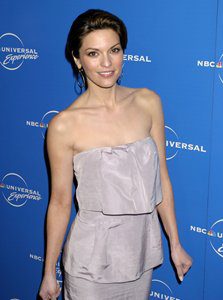 Actress Alana De La Garza, who starred on “Do Not Harm,” has announced that she’s pregnant with her second child.

“We are beyond excited to meet our baby girl!” De La Garza, 36, and her husband, writer Michael Roberts, told Us Weekly magazine in a statement.

De La Garza and her husband are parents to a 2-year-old son, Kiernan Thomas. The couple was married on May 31, 2008, in Orlando, Florida.

The good news comes on the heels of the cancelation of “Do Not Harm,” but this successful actress, who appeared on “Charmed,” “Smallville” and “Two and a Half Men” before landing a starring role on the hit series “CSI: Miami,” is sure to have her hands full once the new baby arrives!

De La Garza is equally well-known for her role as Connie Rubirosa on “Law & Order” and the spin-off, “Law & Order L.A.”

With De La Garza’s exciting history in the entertainment industry, this small-screen starlet is sure to show off a mixture of stylish maternity dresses and ensembles over the course of her pregnancy!