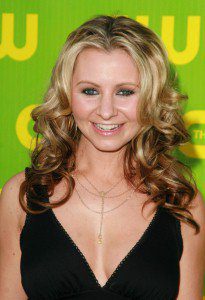 Back in November 2012, actress Beverley Mitchell made headlines when she announced that she's expecting her first child with husband Michael Cameron.

"My sense of smell was off the charts, to the point where I could smell a kid's dirty diaper from the other side of a restaurant," Mitchell told People magazine of her early pregnancy changes.

The 31-year-old has since adjusted happily to being pregnant, even becoming a celebrity blogger for the news source. It was through her blog that Mitchell went public with even more exciting news – her little bundle of joy is a girl, and the star is positively tickled pink over the discovery.

Mitchell, who is best known for playing Lucy Camden on the long-running family drama, "7th Heaven," and currently stars on "The Secret Life of the American Teenager," has been married to Cameron, an accountant, since 2008.

The pair wed in Italy. Among the bridesmaids was Mitchell's former "7th Heaven" co-star, actress Jessica Biel, who was also recently wed in Italy to singer Justin Timberlake.

Mitchell and her husband celebrated with Biel and Timberlake for their week-long, 2012 nuptials and also honored their fourth wedding anniversary while in the country.

Around the time of her announcement, Mitchell posted a photo to Twitter depicting her blossoming bump in a white blouse. The couple is eagerly counting down the days until Mitchell's April 2013 delivery date!