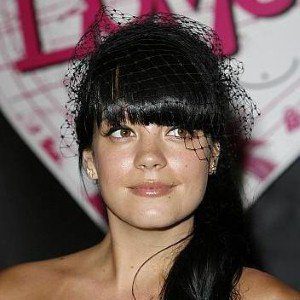 Lily Allen, the British pop star who’s notorious for her bleeped-out lyrics and cheeky attitude, is rumored to be the latest celebrity to start preparing for baby. This won’t be the first child for Allen and her husband Sam Cooper – the couple already has an 8-month-old daughter named Ethel.

“Lily has started telling her friends and everybody in her close circle is so excited for her,” a source revealed to the UK’s Sunday Mirror. “It was a surprise but Lily and Sam are thrilled.”

Apparently, the singer was surprised that none of her friends had caught on to the pregnancy sooner, as she feels like her bump is huge already. Based on pictures posted on the news source’s website, it’s probably because she’s been wearing clothing that’s not very fitted. She recently made an appearance wearing a loose black dress with sheer sleeves and a ruffled A-line skirt.

Although the news isn’t confirmed, we may start seeing Lily dressing in outfits that are more revealing when it comes to her burgeoning belly.