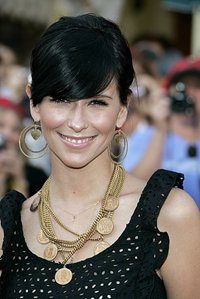 Actress Jennifer Love Hewitt – who rose to fame as the teen star of the 1997 film "I Know What You Did Last Summer" and later appeared in the hit television series "The Ghost Whisperer" – recently made headlines when she announced that she's currently expecting her first child.

For Hewitt, 34, who is equally well-known for her string of high-profile ex-loves – including television personality Carson Daly and actor Jamie Kennedy – the announcement of her pregnancy preceded another major milestone: her engagement to "Client List" co-star Brian Hallisay.

The first time mother, who is due in December, is already plenty busy getting ready for baby, but that hasn't stopped her from participating in events like one she recently attended in Santa Monica, Calif., at Susan's Magic Makers. Organized to benefit Camp Kesem and children who have at least one parent affected by cancer, the event drew Hewitt because of her personal connection to the condition.

"I lost my mom a little less than a year and a half ago to cancer. Obviously, I got very lucky that even though I lost my mother, I lost her later in life, but it's still had a profound effect on me," Hewitt told People magazine in an interview. "I've always wanted to be a mom. I had a great relationship with mine. I'm ready to pass on to my child all the great love that my mom had for me."

In addition, Hewitt has been snapped by photographers out and about in California, and in a variety of breathtaking and ultra-chic maternity clothes. From cozy striped sweaters to sexy and stylish leather maternity tops, Hewitt has demonstrated that she knows a thing or two about high fashion, even as an expectant mom!