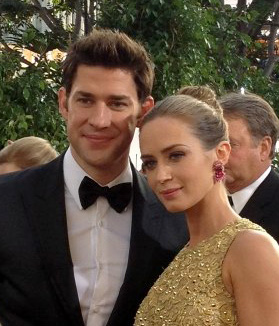 The couple’s daughter, Hazel, will turn two on February 16 and she will be joined by a little brother or sister this summer, a representative confirms to Us Weekly.

Emily, 32, has yet to display her growing baby bump in public, but she was photographed bundled up in a big coat on the streets on New York City last week, while filming the movie adaptation of The Girl on the Train, based on the bestselling novel of the same name by Paula Hawkins.