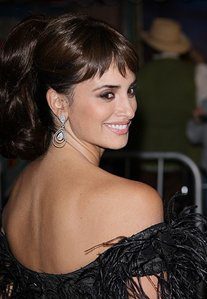 The couple, who met on the set of the 2008 Woody Allen comedy, “Vicky Cristina Barcelona,” were married in 2010 and welcomed their son, Leonardo, in January 2011.

“Even if you have heard from all your friends and family, ‘This is what’s going to happen,’ until it happens to you, it’s hard to understand in your soul,” Cruz, 38, told Vogue magazine after the birth of her son. “From the first second, you feel so much love.”

Cruz – who starred in Pedro Almodovar’s “Volver” and won an Oscar for Best Supporting Actress in “Vicky Cristina Barcelona” – is around three months pregnant.

Bardem, 43, appeared in the latest entry of the James Bond series, “Skyfall,” and earned an Oscar for the 2007 drama “No Country for Old Men.”

In addition to their new arrival, Bardem and Cruz are slated to appear together in the Ridley Scott film, “The Counselor,” which hits theaters in November 2013.