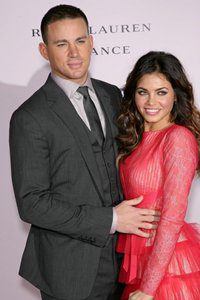 For the last nine months, actress Jenna Dewan-Tatum has stunned photographers and fans alike with her trendy maternity clothes, which have showcased not only the star's stunning sense of style, but also her growing baby bump.

But now, all that's about to change, because Dewan-Tatum has finally given birth to her first child with husband Channing Tatum, who was recently named the sexiest man alive.

"Jenna Dewan-Tatum and Channing Tatum are thrilled to announce the birth of their daughter, Everly Tatum, who was born on May 31 in London," the couple posted on their respective websites. "Sending love and light to Chan, Jenna and Ms. Everly!"

The couple – who met on the set of their film, "Step Up" – has been married since 2009, and they're currently in London while Tatum shoots "Jupiter Ascending," which will co-star actress Mila Kunis and actor Sean Bean.

Dewan-Tatum has been very vocal about the supportive role that her hubby has played thus far in her pregnancy. She revealed that Tatum is supportive and laidback during a recent interview with Glamour magazine, while he's revealed that he's confident about becoming a first-time father, except when it comes to diaper duty!

One thing's for sure – both Tatum and Dewan-Tatum are in for an exciting experience!