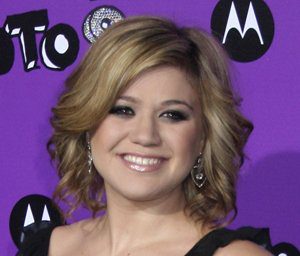 Singer Kelly Clarkson and her new husband, Brandon Blackstock, are expecting their first child, but morning sickness seems to be a big problem during the 31-year-old’s pregnancy. In fact, it’s because of morning sickness that we already know about the pregnancy, as Clarkson revealed on an appearance on the ”Today” show that she was trying to wait to make the announcement until after her first trimester. Instead of letting people think she was canceling gigs and appearances on a whim, she decided to let them know the real reason.

Clarkson also talked about how ”miserable” her first trimester has been on ”The Ellen DeGeneres Show.”

”I vomit a good dozen times a day it’s like bad. I vomited before coming out here,” she explained. ”I’m not even kidding, it’s so bad. It’s so bad. It’s, like, so gross. And that’s the thing too, you’re not attractive when you’re pregnant.”

Clarkson went on to note that she hasn’t experienced the so-called pregnancy ”glow” – at least not at this point in her pregnancy. However, despite these rough first few months, the star is confident that she’ll start feeling more like herself in the second and third trimesters. We hope things get a little more bearable for her – and that she’s able to show off some chic maternity dresses on the red carpet sometime soon!