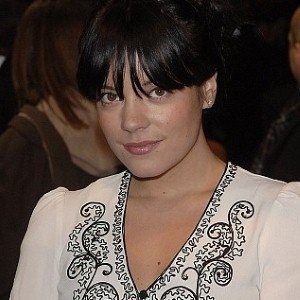 British singer Lily Allen and her husband Sam Cooper were reported to be expecting a child over the summer after her dad let the news slip. But until now, there was no sign of her growing baby bump. Already mom to 11-month-old Ethel, the brunette babe finally made her second pregnancy's debut on Twitter.

"This is me and Maryam of @MyMarrakesh who took me shopping in marrakesh and showed me all this amazing stuff," Allen wrote in the tweet.

Lily also included a photograph of herself posing with her friend. The picture shows the star wearing a large gray, tunic-like top with three-quarter-length sleeves, a pair of navy pants and shiny flats. She wore her hair up in a casual twist. With such a no-nonsense casual outfit, it was easy to see how large her bump's gotten!

According to E! News, the couple is expecting their family's new addition sometime in December, just in time for the holidays. Now that Lily's made her bump debut, perhaps she won't be shy making more appearances until then!