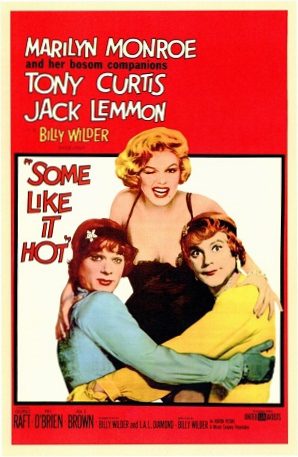 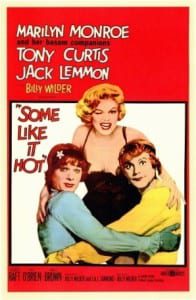 While writers will occasionally write a pregnancy into the plot of a sitcom, movies don’t offer the same flexibility. Thankfully, an impending visit from the stork doesn’t have to get in the way of a great performance. The following women achieved some of the most memorable moments on screen, even while getting ready for a baby.

Marilyn Monroe. This dazzling starlet is known to have endured several rocky relationships, and one of the more difficult episodes came when she was pregnant during the filming of the 1959 hit Some Like It Hot, which earned her a Golden Globe for Best Actress. While married to third husband Arthur Miller, Monroe restarted an affair with co-star Tony Curtis. It is rumored that Monroe believed the child was Curtis’. Unfortunately, the actress eventually miscarried.

Helena Bonham Carter. After two years of trying, Carter was able to conceive her second child at the age of 41 without IVF. Just as she received the good news, she was preparing for her role as Mrs. Lovett in Sweeney Todd, directed by her husband Tim Burton. Carter, a noted supporter of alternative medicine, told The Telegraph that she used Listening Therapy (which aims to expose the middle ear to different frequencies) to stay calm as she balanced work and pregnancy.

Jodie Foster. After Nicole Kidman was unable to play the lead role in David Fincher’s Panic Room due to injury, Foster stepped in as a replacement. But just a few weeks into the project, she realized she was pregnant with her second child. The movie is full of intense, acrobatic fight scenes, and Foster had to wear a tank top for the majority of the shoot. This added a bit of pressure on the scheduling end, but being an expectant mother didn’t hinder her performance one bit.