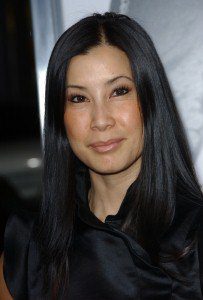 Lisa Ling, the TV journalist perhaps best known for her work on The View and who now hosts the documentary series Our America on OWN, is expecting her first child with husband Paul Song. She recently revealed the news about her pregnancy (and the fact that she's having a girl) on Anderson Live.

"I was trying to keep it quiet for a long time, but now I'm getting to a point where I just look like I have a beer belly," she told Anderson Cooper on the show. "So I figured, I better share it publicly before people actually think I have this beer belly."

Lisa also told the TV host that her pregnancy has been smooth sailing so far, and that one of the perks that she and her husband both enjoy are her bigger breasts. Perhaps she'll take advantage of them if she makes any red carpet appearances with her bump!

The 39-year-old mom-to-be is super excited about the news, especially since she suffered a miscarriage in 2010. She also had a worrisome public incident involving her sister. Laura Ling and a fellow journalist were detained in North Korea in 2009 and were eventually allowed home after Bill Clinton made a visit to negotiate their release.