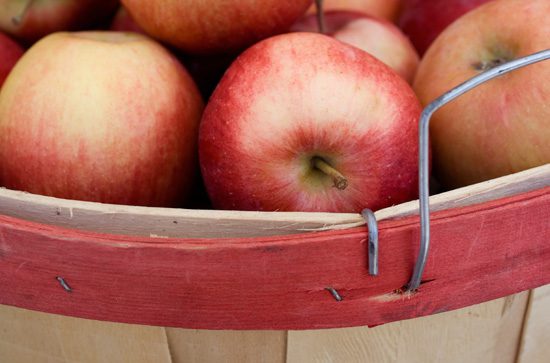 Of course the foods you choose impact your baby, but new research suggests that a mother’s diet during pregnancy can have lifelong effects. In fact, scientists are discovering that eating right when you’re expecting may drastically lower your child’s chances of developing serious illnesses such as asthma and type 2 diabetes.

What They Know So Far
Recent studies now connect the rise of these health concerns to the earliest moments of life. For example, when rats are fed a processed, high-fat, and high-sugar diet during pregnancy, their offspring have a higher risk of developing type 2 diabetes and heart disease, according to a study published in The Journal of Physiology.

The risk remains even if the little ones eat a balanced diet during their lifetimes. Researchers say it may be due to a concentration of fat around major organs, a layer that seems to stay put even after the young rats ate a healthier diet. When given a choice, the offspring of poorly fed mothers were also much more likely to select a low-quality diet over a nutritious one. Although this was an animal-based study, scientists believe our own babies may respond similarly to unhealthy prenatal diets.

Even some healthy foods can cause problems when eaten to excess. Pregnant women who frequently eat nuts increase their child’s probability of developing asthma by as much as 50 percent, according to a Dutch study. Occasional snacking doesn’t put baby at risk; the problem seems to arise when moms-to-be eat large portions of nut products more than a few times a week.

On the other hand, eating certain foods, such as fresh fish and apples, during pregnancy may actually decrease your child’s chances of developing asthma, studies show. And the traditional Mediterranean diet—vegetables and fruits, beans and nuts, fish, dairy products, and olive oil—also seems to have a protective effect when it comes to allergies and respiratory problems, a British study recently revealed.

What You Can Do
Remember, moderation is everything. Eating too much of any one food, or eating too much overall—even of the healthy stuff—increases the chance of problems. Unnecessary pounds can up your risk of gestational diabetes and high blood pressure, both of which can affect your future health—and your baby’s. Hank Streitfeld, an ob/gyn in Berkeley, CA, explains his nutritional advice: “Don’t eat for two, don’t eat to show, don’t eat out of bags, and most importantly, don’t eat meals.” Instead of having larger, planned lunches and dinners, Streitfeld recommends grazing all day long. Frequent, small meals keep your energy up and curb cravings by halting severe hunger, which can cause you to grab the closest thing and thoughtlessly chow down.

Streitfeld emphasizes nutritious snacks: carrot sticks, cherry tomatoes, a piece of fruit or cheese, half a sandwich, soup, natural yogurt. “Anything as long as it’s not processed or out of a box,” he says, adding two good rules to follow: Eat foods that are as close to their whole state as possible, and skip anything with unpronounceable ingredients. This includes seemingly simple foods like packaged lunch meats, which can be loaded with excess salt, sugar, and other additives, as well as put you at risk for an infection called listeriosis.

Elizabeth Ward, M.S., R.D., a registered dietician and author of Pregnancy Nutrition: Good Health for You and Your Baby, advises that moms-to-be shouldn’t ignore their cravings, but instead exercise restraint. “There’s nothing wrong with a slice of pizza,” she says. “It’s only a problem when you eat too much. Instead of three pieces, have one piece along with a green salad or fruit.”

Making a Better Meal Plan
Eating in a new way often isn’t as hard as you imagine. Dietary changes may seem daunting, but committing to them will create a solid foundation for your child—and you’ll feel better, too! Many women find that they feel so good eating a less-processed diet that they continue after their babies are born.

When Audrey McClelland, now a mother of four, decided it was time to get pregnant, she did everything she could to ensure her baby’s health. This included cutting back on fatty and sugary foods and notably upping her intake of produce and healthy protein. “I ate tons of vegetables,” she recalls. “And snacks consisted mostly of popcorn, walnuts and pumpkin seeds, cheese and whole-wheat crackers, and vanilla yogurt with fruit mixed in.”

McClelland admits that her diet dropped off the wagon a bit between pregnancies, but says the healthy mom-to-be menu hardly felt like deprivation. “I ate lots of baked or grilled chicken, varied with herbs and spices,” she says. “I used lots of basil, dill, garlic, and even capers. And spices to add a little kick, like nutmeg, ginger, and cinnamon.” She ate so well that she didn’t worry about indulging occasionally. “I craved eclairs once in a while and just gave into it. Hey, sometimes a mom’s gotta live it up!”