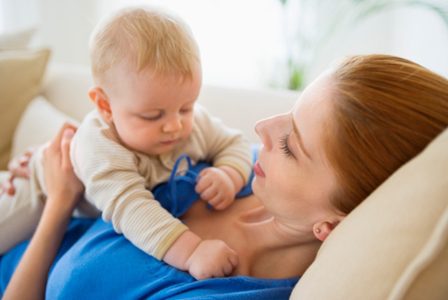 Coming up with a name for Junior is a challenge, even for the most creative parents. This is the name your child will have for the rest of his life, so you want to make sure it's taunt-proof, sophisticated, easy to spell and full of class so you can set your little one up for success from his first day of preschool.

Not surprisingly, television is playing a major role in the popular baby names of 2010 and 2011. Fans of the AMC drama Mad Men will recognize Betty, Don, Freddy, Joan and Roger, all of which are climbing popular baby-name lists by leaps and bounds thanks to the sexy actors and actresses who are making these monikers fashionable once again.

Glee is another show that parents love, and it shows in the names they're giving their little ones. Quinn, Finn and Lea are all making headway in the ranks, thanks to the exposure they've received from the popular TV music. And, it looks like Bella and Jacob are also enjoying some serious popularity following their appearance Twilight series.

In 2010, the most popular name for baby girls was Sophia, while Aiden reigned supreme among boys.