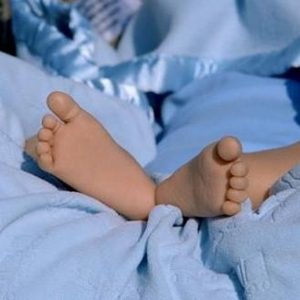 It's common knowledge that being a new parent means sacrificing sleep. Eight hours of shuteye a night? Not a chance – not with nightly feedings, waking up to change a diaper or dealing with a fussy infant. But, even though you know that you can kiss your long, cozy nights goodbye, how much do you know about your baby's own sleeping habits?

Babies sleep a lot – up to 18 hours a day for the first month of their lives. But that doesn't mean you'll be getting 18 hours of sleep, too – far from it. Although your baby is sleeping often, he won't likely sleep for long. Usually, he'll only rest for two to four hours at a time before he needs a feeding, a diaper change or just some attention from his parents.

Adjusting to this kind of sleeping pattern is tough, but you can handle it. Try trading off with your partner so one of you can get a full night's rest while the other's up with the baby. Whenever the baby is sleeping, even if it's in the afternoon, try to take a little nap yourself – it'll make getting up later much easier.

Dealing with a fussy newborn can be tough, but don't worry too much. This phase will pass. Somewhere between three and six months, your baby will begin sleeping through the night – or close to it, anyway – and you'll be able to get a little more beauty sleep.