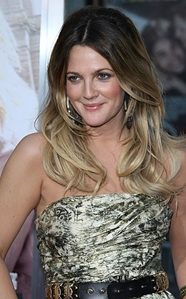 Despite the fact that neither Drew Barrymore nor her fiancé, Will Kopelman, have confirmed or denied a pregnancy, it's becoming quite obvious that the pair have a new arrival on the way!

The couple was spotted out for breakfast in California, and Drew was caught wearing a casual outfit that showcased her expanding belly. Her getup also included a chic straw hat that featured a black ribbon, sunglasses, a gray t-shirt, a striped scarf, faded jeans and a pair of red ballet flats – a laid-back outfit that any woman would be capable of pulling off!

According to US Weekly, sources have said that Drew and Will plan to wed before the arrival of their first child. However, it's rumored that the A-list actress doesn't want to wait so long that she'll be popping out of her wedding dress – which, by the way, will be Chanel, the news source reports. Kopelman's father is the former CEO of the company, and the magazine dished that the two lovebirds went to Paris just last month to find the perfect dress. Sounds like they're having a great time!