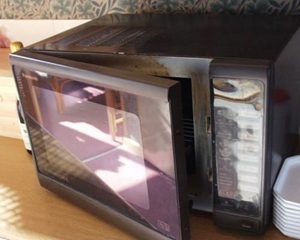 Giving up your beloved microwave may sound like a terrible idea, especially when you're pregnant and expecting some serious food cravings to kick in. You never know when you’re going to need an emergency frozen burrito!

However, many moms-to-be may question the ultimate safety of cooking the majority of their meals through controlled radiation.

Though microwaves are generally considered to be safe for expectant mothers (as well as the general population), there hasn't been very much substantive research conducted on the subject. Ultimately, how you choose to use (or not use) a microwave is a personal decision.

Most women who decide to opt-out of microwaves during their pregnancies find it fairly simple to use alternative methods of cooking – most food items can be easily prepared in the oven or on the stovetop, provided you allot a little extra time to cook.

If you do plan to continue using your microwave during (and after) your pregnancy, but are a bit wary of the cooking method, consider putting a few feet of distance between yourself and the device while it's operational.