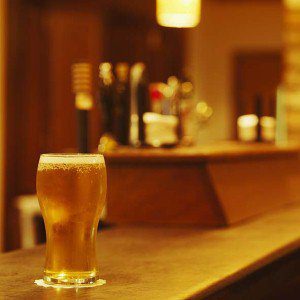 Now that you’re preparing for pregnancy, you may have decided to completely stop drinking alcohol. If you’re a social drinker or tend to partake in a healthy glass of wine at dinner, you’re probably bummed out about the fact that you can no longer enjoy those libations.

But what about your partner? If you’re having a hard time coping with your alcohol-free life during your pregnancy, you may be tempted to ask him to give up booze, too. After all, his actions are likely to affect you greatly during these precious months, and if he’s having a good time drinking out at the bar or hanging with friends when you’re stuck with water or a Shirley Temple, you might feel a little resentful.

Unfortunately, there aren’t any medical reasons why your partner shouldn’t drink during your pregnancy, but studies are trying to figure out if his alcohol consumption has any effect on his sperm when you’re trying to conceive. Until there’s solid research, you won’t be able to present him with any poignant facts, but you do have a couple of ways to convince him.

For example, it’s a good idea to ask your partner to help you abstain from alcohol by avoiding situations where drinking is involved and staying away from people who tend to indulge themselves. Point out that doing this will likely affect the amount of alcohol he’s drinking as well, because he will probably hang out with the same people as you. This might be enough to get him to quit drinking while you’re pregnant.

However, if he has an occasional beer or two when you’re not around, you might want to let it slide. If he won’t listen to your requests, though, and regularly drinks heavily, you may want to consider putting your foot down. After all, a happy mom often means a happy baby!

You don’t have to miss out on saying “cheers!” with friends and family while you’re sporting your baby bump. Get access to irresistible mocktail recipes that would make anyone ask, “wait, what are you having?” Just click below!