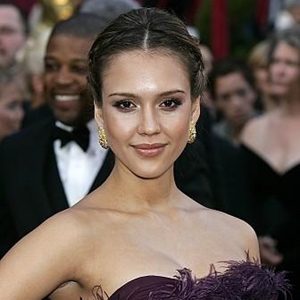 It's hard not to envy Jessica Alba: she has a gorgeous face, the perfect hair, a smokin' body, a hot career and a heavenly family life. That's probably why Parenting Magazine decided to interview her on some of her "A ha!" motherhood moments – after all, she's gone through the whole celebrity pregnancy thing twice!

Little lies
Alba mentioned in the interview that she tells her first child, three-year-old Honor, several little white lies to encourage healthy behavior. "I serve Honor flavored sparkling water – she thinks that it's soda and that's what I let her think," Alba said. "I told her 'brown soda' is only for adults, and she believes me." She also tells her daughter that paparazzi take pictures of everyone, not just her family, so she doesn't get anxious.

Becoming Mom
In the interview, Alba shared that she always used to remind herself not to say things like "Do it because I said so!" to her children because her mom used to say the same thing. However, since she became a mother, Alba admits that she's used that dreaded phase without giving any reasons whatsoever. Even celebrities can turn into their mothers after they give birth!

All-natural
Alba's currently working on a project involving a monthly diaper and babywipe delivery service, which is called the Honest Company. The disposable diapers it sells are plant-based, coming in a variety of cute designs. “It is always great to engage with new and expectant moms, to see their excitement when they see our stylish eco products, and to get the essential feedback we thrive on with our new brand," Jessica told Celebrity Baby Scoop.