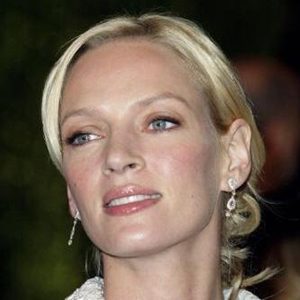 It looks like Uma Thurman, the 41-year-old movie star who shined in films like Kill Bill and Pulp Fiction, is behind the latest celebrity pregnancy to hit the tabloids.

According to People Magazine, the actress is looking forward to giving birth to the first child for the star and businessman boyfriend Arpad Busson, a 49-year-old father of two children (whose mom is none other than model Elle MacPherson). Thurman is already the mother of daughter Maya, 13, and son Levon, 10, with her ex-husband, Ethan Hawke.

Thurman and Busson began dating in 2007. After a brief split in 2009, they got back together and have appeared to be in bliss ever since. The pregnancy will no doubt be a change for both of them, considering it's been a while since either has had a baby around.

According to Thurman's friend, who spoke to Life & Style, a lot of her friends were asking about the pregnancy before she'd even announced it. "They could tell the difference when they saw her at New York Fashion Week," the source explained. "She's usually so skinny, but now she has the cutest little bump and a glow about her."

The magazine reports that Thurman kept covered up in the front row at Tommy Hilfiger on February 12. She wore a baggy blouse and loose blazer that hid her figure.

Thurman is expected to hit the small screen in five episodes of the NBC show Smash, in which she plays a famous movie star, according to the Los Angeles Times.