You know all that advice you read for pregnant women? The whole “don’t gain more than 35 pounds (or less than 25) if you are a normal weight to begin with?”

I gained 50 pounds with both pregnancies. I am a relatively small woman, below average weight, 5’5” and a size four. Make no mistake: Every. Pound. Showed.

I used my pregnant pauses as a little science experiment and tried to gain less the second time around by eating less and exercising more. I was still running 10 miles a week at 37 weeks pregnant the second time and I still gained 50 pounds.

If there is a third baby, I am just going to eat hot fudge and lie all day on the couch because it seems to make no difference what I do.

Here is me at 34 weeks with my first pregnancy (perhaps five pounds shy of my eventual 50 pound weight gain): 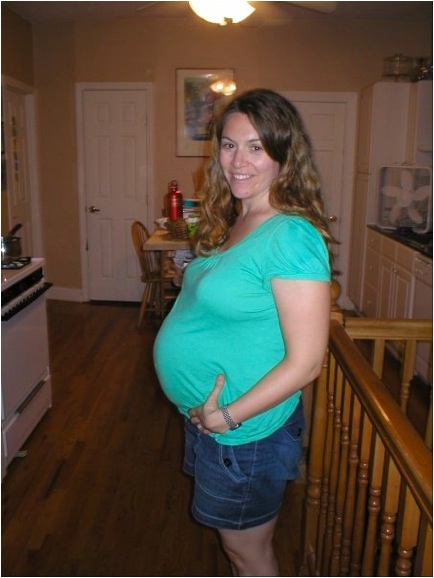 Here is me a few months later: 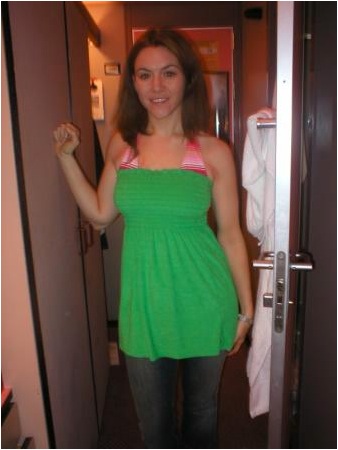 The thing is, I lose the weight. And no, I am not one of those women off whom the weight magically falls. Nope. I work for it. I run and lift and do yoga and pilates—sometimes twice a day. It is hard, hard work, but I think I owe it to myself to feel like myself.

The hard work is worth it to me because so much changes when a woman gets pregnant: her body, her priorities, her entire life. And if there is one small thing that can remain the same, it makes the other stuff feel a lot easier. I may no longer have a 9-5 job, sleep through the night or make leisurely weekend plans, but my body will look the way it did before kids even if it kills me to wake up at 5 a.m. and run five miles before the little ones are awake.