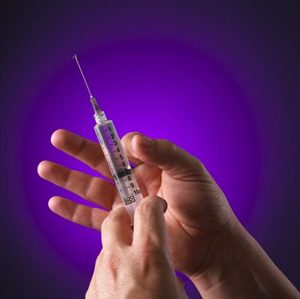 The thing about vaccinations is that no one really likes them. As a parent it can be difficult to watch your child cry in pain – even if it does only last for a few minutes. When you talk with your pediatrician about your baby's health, he or she will likely mention an immunization schedule.

At different points throughout your child's first year of life he or she will go to the doctor for well visits. This typically occurs at one month, two months, four months, six months, nine months and 12 months of age. During each of these visits, your pediatrician will let you know what shots your child is due to receive and what you can expect the vaccinations to do for your little one's immune system.

However, at a time when anti-vaxxers (people against vaccinating their children) are persuading many parents to opt out of vaccinations, there are myths that are bound to pop up that may have you asking questions like "Does my child really need to be immunized?" The answer to that question is yes. Many diseases that were once fatal are no longer threatening us due to vaccinations.

5 vaccination myths (and the truth!)

Check out some of these myths about immunizations as well as info about what is really best for your little one:

Myth 1: Vaccines cause autism
The myth that vaccines cause autism is just that – a myth. A study by a British doctor named Andrew Wakefield was published in 1998 and attempted to prove that there was a connection between the measles, mumps and rubella vaccine and autism. However, Wakefield has since had his medical license revoked and multiple other studies have shown that there is no connection between autism and immunizations.

Myth 2: Too many vaccines will overwhelm my child's immune system
The vaccination schedule recommended by your pediatrician is the same one issued by the U.S. Centers for Disease Control and Prevention (CDC) as well as the American Academy of Pediatrics (AAP). While it may seem like your child's immune system will be compromised by being inoculated with three shots at once, your little one can actually receive up to 23 shots before his or her second birthday and as many as six shots in one visit, according to the CDC and AAP. Some pediatricians offer vaccinations in combinations, meaning that your child can be protected against hepatitis B, polio, diphtheria and pertussis with one shot.

Myth 3: My child doesn't need vaccinations because of herd immunity
When many parents rely on herd immunity to keep their children protected against illnesses, vaccinations rates start to decrease and the chances of that type of immunity being effective actually go down. In order for herd immunity to work, vaccination rates need to be at least 95 percent, according to Thomas Saari, a doctor and professor of pediatrics at the University of Wisconsin Medical School. By skipping vaccinations you're actually putting your baby at a greater risk of becoming ill.

Myth 5: Major illnesses have been eradicated, so my child doesn't need to be protected against them
Vaccination is one of the main reasons why so many people are free from major illnesses today. When people stop having their children immunized against diseases such as measles and polio, there's a greater chance that they can make a comeback. There are areas where parents are using exemptions against vaccinations, yet their children end up developing an illness like pertussis (whooping cough) when there's an outbreak in the community. Whooping cough has actually become a problem in recent years and children are dying because they haven't been vaccinated and protected against an illness that was once thought to be eradicated.

Just because there are myths out there doesn't mean you should believe them, vaccinating your children is the best way to keep them healthy.