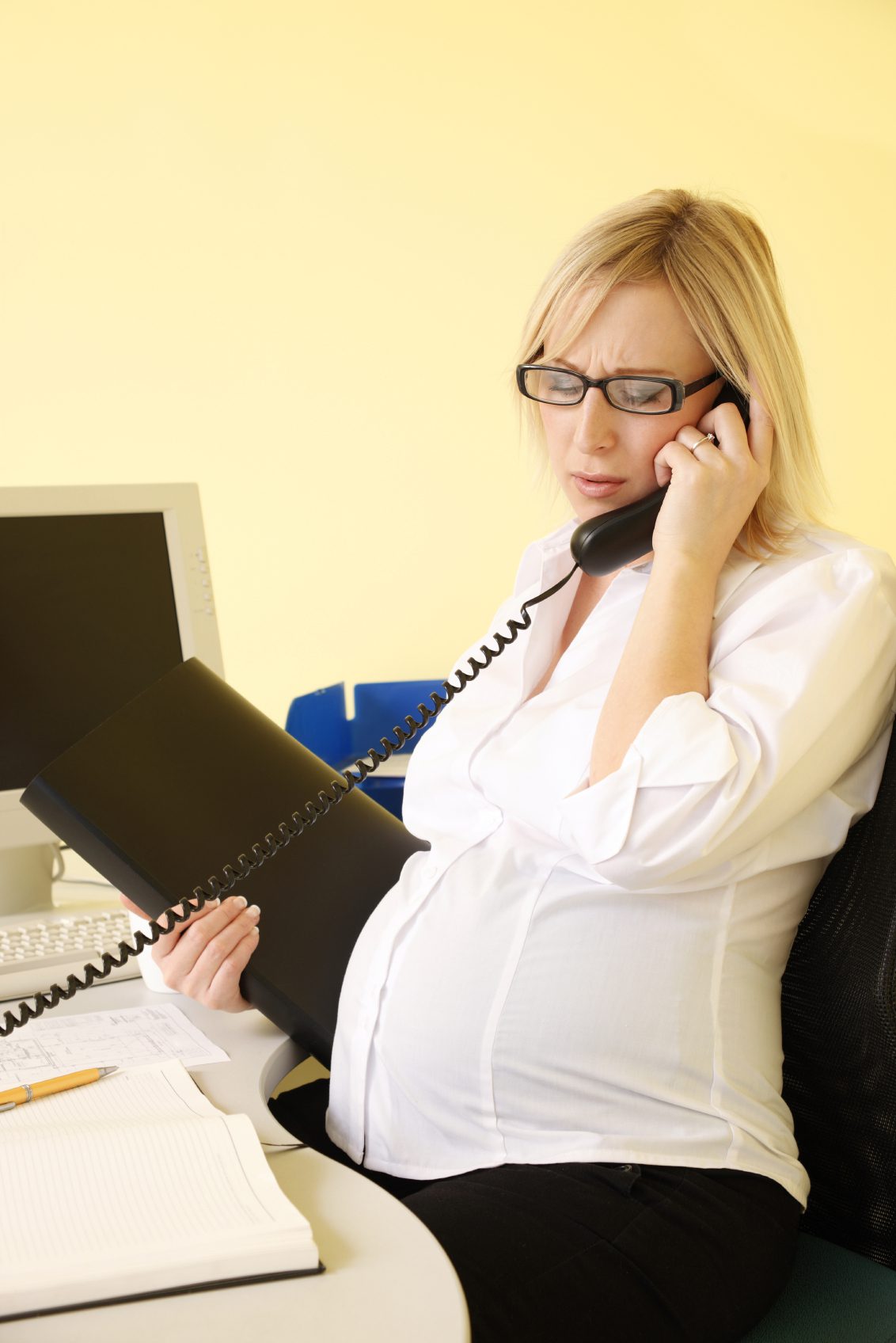 The business of being a parent

Wills, guardianship, and life insurance— important details you should take care of when baby’s born

When you’re expecting a baby, there’s so much to do!  Shopping, choosing a name, preparing a will, and taking childbirth preparation classes are just a few of the things that will keep you busy.  No wonder the nine months go by so fast!

Did you catch the part about preparing a will?  Don’t fret, a lot of people want to avoid the subject.  But now that you’re a parent, it’s very important to make your wishes known— in writing—about whom you want to raise your child if he is orphaned.  This is just one purpose of a will and the time to get started on it is now.  Here’s how.

A will is a document that specifies who gets your money, possessions, and the custody of your underage children in the event of your death.  It also names your executor, the person you chose to ensure that your wishes are carried out.  Your assets, such as bank accounts, vehicles, furniture, and your house—if you own one—make up your estate.  But the executor’s job entails much more than reading the will and handing over property.

In the event of your death, your will is presented at probate court, where the executor you chose will be officially appointed and his or her duties will begin.  The executor will list all of your assets for the court, pay creditors, and distribute your assets according to your wishes in the will.  If your will has provisions under which the assets would continue to be managed for a period of time on behalf of the children, the guardian of the estate will be in charge.

You do not have to own money or property to need a will.  “If you have nothing else but that child, you still need to prepare a will for the guardianship section,” says Beverly Pekala, founder of The Law Offices of Beverly Pekala in Chicago.  A separate document just to name a guardian to raise the child is available in some states.

The duties of the guardians become official during the probate process.  “Just as the executor needs to be formally appointed by the court to have any authority, the court would have to officially establish a guardianship,” says Burt Levitch, a trust and estate lawyer at Rosenfeld, Meyer & Sussman, LLP, in Beverly Hills, CA.

However, guardians of children do not have to wait until probate starts before bringing the child home.  As long as their names are in the will as guardian, they may start caring for the child immediately while waiting to be named legal guardian.

When choosing the guardians of a child, consider the age of the people in question.Ask yourself if they are likely to be around and capable of taking care of children into adulthood.  Consider geography, too, and if your children would be uprooted or moved away from relatives.  You’ll want to choose guardians with the same value system as you, too.  “This encompasses religion, political perspective, views on handling money, discipline, parenting practices, and many other things,” Richmond says.  It’s also important to predict a couple’s stability.

Amber Dean from Anaheim, CA, named her best friend as the guardian of her son.
“She shares my morals and values and has a son close in age t o mine,” she says.  “If something happened to both me and my husband, there is no doubt that she would provide a loving home.  She and her husband are financially secure and would raise my son for the right reasons.”

Richmond again refers to the value system when defining a good financial guardian.“It should be somebody who is responsible with money management— obviously someone who is not going t o walk away with the money—and someone who is willing to take on this long-term legal responsibility,” she says.  In some s tates, the court must be kept informed about the management of someone else’s money.  It’s a big responsibility.

The financial guardian should also have some financial expertise or be willing t o work with a professional.  “You’re looking at that Person not only to make decisions about how the money should be spent, but you’re also expecting them to preserve the assets and hopefully make them grow over time,” Levitch says.

Pat Curry and her husband from Watkinsville, GA, chose their accountant to manage their money if something happens to both of them.  The children’s guardians would have enough on their plates raising two little girls who had lost their parents, and the Currys wouldn’t want to add to this responsibility.  “The accountant would be in charge of liquidating our assets and managing them on the girls’ behalf, so that they would always be taken care of,” Curry says.

It’s best to ask someone before naming them as guardian in your will.  Guardians are not required to sign the will, and, therefore, some people don’t ask first.“You’d be surprised from the legal side how often someone comes to us and says that they were named as guardian to raise a child or handle the money and they don’t want to do it,” Pekala says.  She recommends saying to someone you want to appoint as guardian, “I’m going to see a lawyer to get my affairs in order.  If I name you as guardian, is that a responsibility you can live with and accept?  Or, would you like me to consider another option?” Don’t be offended if you are asked to consider another option.  It’s best that the person be honest from the start.

If the person selected as guardian does not want to do it, the probate court appoints a guardian from the family members and friends who are willing.  This is why it is a good idea to have a successor named in your will.  A successor will be the guardian if the first person chosen cannot commit.  You can name a second and third successor if you have that many people willing to be guardian.

If you have custody of the baby and are not married to the father, don’t assume that he will automatically get custody if you died and he wanted the child.  It’s in the father’s best interest to find out what the procedures are for confirming parentage in your state and to be legally recognized as father.  For example, in California, one way to do this is with a declaration of paternity that can be filed with the Office of Vital Records.  Just don’t rely on the birth certificate alone because the procedures for Confirming parentage differ from state to state.  “A name on a birth certificate means very little when it comes to confirming parentage” if the child’s parents are not married, Richmond says.

Pekala recommends that a will be reviewed at least every five years.  “Things may change from the time the will is made until the person dies,” she says.  Even if you just look at the will and put it away with no changes, you’ve done your job.  Check with the people you have named as guardians that they are still able to honor the commitment.

A FEW WORDS ABOUT TRUSTS AND ASSETS

Your assets may be distributed through a trust instead of a will.  One type of trust is a revocable living trust, which is one tha t you set up and put money into during your lifetime.  Whether a will or a trust is the best option for your situation depends on the state where you live, the amount of as sets, and the value of your real estate.  “The trust is something that you create using a document that, like a will, specifies who gets what.  But it generally provides for the distribution of assets without court involvement,” Levitch says.  The person named as the successor trustee simply reads the document and follows its instructions

The chances of a child losing both parents are slim, but it does happen.
Remember, you don’t have to own property or have a lot of money to need a will.  But the most valuable thing in your life is your baby, and isn’t she enough of a reason to start today?

Sharon Anne Waldrop is a mother of four in Crawford, GA.  Her work has been published in Good Housekeeping, Woman’s Day, American Baby, and Parenting.

Life Insurance Don’t have it?  Now is the time to get it.

What is it?  Life insurance pays out a designated sum of money if the owner of the policy dies in a qualifying manner.  The person who receives the money is called the beneficiary and is chosen by the insured person.  There are two kinds of life insurance: term, which is in place for a limited period of time, and permanent, which is coverage that remains in effect until the owner of the policy dies.

How much do I need?

“The necessary amount of life insurance should ultimately be determined based on an analysis of an individual’s specific situation,” says Michael Kitces, director of financial planning at Pinnacle Advisory Group in Columbia,MD. “Rules of thumb will typically recommend coverage amounts in the range of 10 to 20 times an individual’s earnings.”