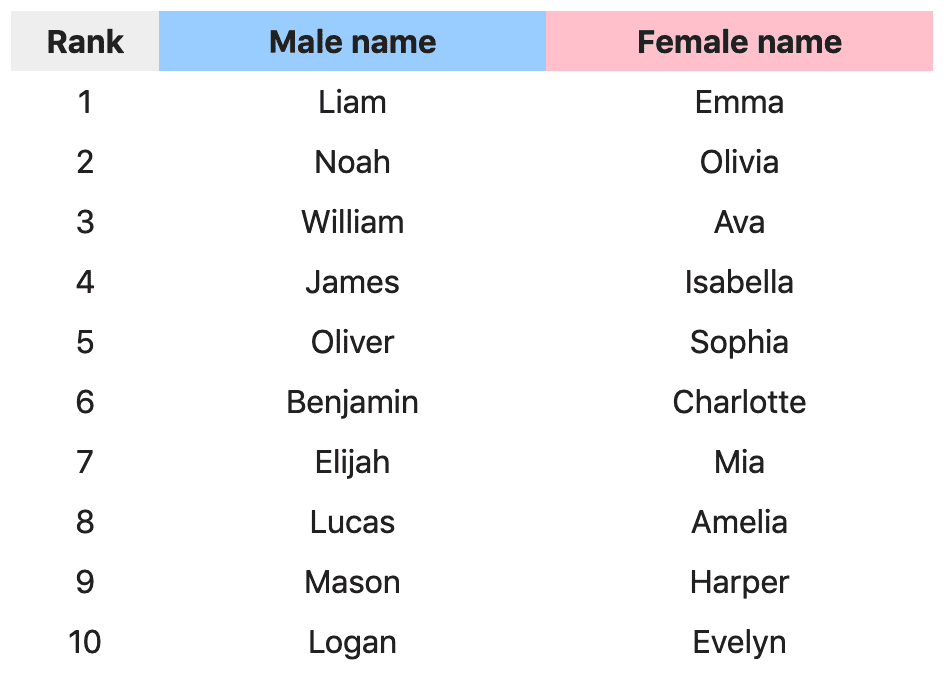 Some baby names come and go and some just move to another state. When the Social Security Administration publishes their annual list of baby names for the country, they also do a breakout by state. Here are those most popular baby names by state in 2018.

The data from 2018 Social Security 2018 data shows that the top three names for girls in the U.S. ― Emma, Olivia Ava ― also were the top names on the state level. also achieving the first ranking in the largest number of states.

Alaskans chose Aurora as the most popular girl’s name while Aurora only ranks 44 nationally. For boys, Grayson was all the way down the list at 32 in the United States as a whole but somehow became number one for boys in South Dakota.

As you search for the perfect name that is meaningful and different, but not too different, it’s fun to check out national trends, as well as what is happening in your neighborhood.

Check out the interactive dropdown menu on the Social Security Administration’s website to see the most popular baby names by state and compare them to both the national hits and the names that are hot in your neighborhood and zip code.

When choosing a baby name and comparing to what was popular last year, remember that many names are cyclical. Names like Grace and Agnes are cyclical in their popularity. Some names like Bertha may never be popular again. If you try to win the name game by finding a name that was popular years ago, there might be two pitfalls: