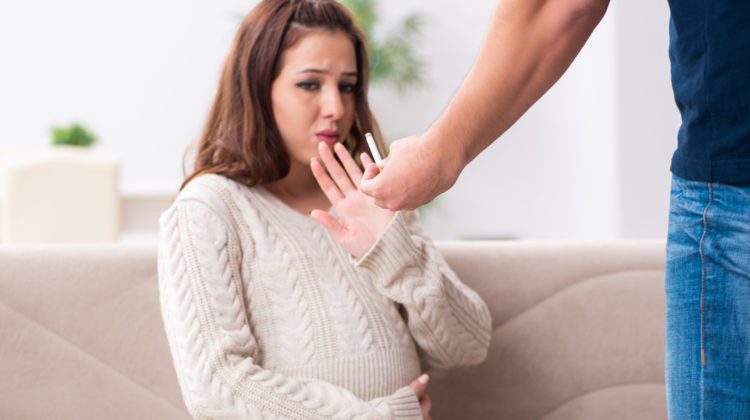 Recreational marijuana is currently legal in 15 states plus Washington D.C. and medical marijuana has been legalized in 20 other states. As legalization implies safety, advertisements about the benefits of marijuana and cannabis-related products – as well as widespread availability — abound. But what is missing is clear information about the risks of using marijuana during pregnancy.

Pregnant women need to understand that cannabis use during pregnancy impacts both mother and baby. Marijuana and derivatives including CBD and THC are transferred from mother to her fetus through the placenta and can also enter the breast milk. When babies have ingested marijuana or derivatives either in utero or through breast milk it can result in long-term cognitive impairment, similar to fetal alcohol syndrome.

Pregnant women who frequently use cannabis during pregnancy may experience symptoms similar to preeclampsia or other pregnancy complications, including high blood pressure, severe headaches, or stroke-like symptoms.

Also, if a mother has a cesarean section there can be different anesthetic requirements and perioperative risks if she uses cannabis or derivatives. In general, patients who regularly use marijuana can experience problems post-surgery including increased pain and the need for additional opioids.

Cannabis potency may be up to 10 times higher today than it was in the 1980s. Higher doses can lead to psychosis and other psychiatric disorders that have lasting, harmful effects.

Despite these risks, marijuana use in expectant mothers is on the rise. Research from Kaiser Permanente Northern California evaluating pregnancies between 2009 and 2017 had alarming findings. In this study, self-reported cannabis use among pregnant mothers was:

It is important to note that these statistics about cannabis use are under-reported as the information was provided voluntarily. If the data was collected from urine samples, it would likely double the rate of use.

In 2016, marijuana use increased to 11% of pregnant women who experienced nausea or vomiting. And more than twice as many pregnant women using during pregnancy in states that have legalized its use.

What’s even more alarming is that a study in the American Journal of Obstetrics and Gynecology found that 18.1% of pregnant women reporting marijuana use in the past year met the criteria for marijuana abuse, or dependence, or both.

I believe the growing problem with cannabis use during pregnancy boils down to three factors: increased accessibility, harmful misinformation, and a lack of understanding.

The legalization of marijuana has de-stigmatized its use and made it readily available. In many communities there are more marijuana shops than Starbucks. Research shows that 94% of cannabis dispensary staff give advice about it use and impacts. This is despite the fact that 20% of staff had medical or scientific training. Non-medical claims that marijuana is safe to use during pregnancy is not only misleading but is extremely harmful.

According to a recent survey conducted by the American Society of Anesthesiologists, 34% of respondents didn’t think they need to discuss marijuana use with their doctor and40% falsely believed Cannabidiol (CBD) has been approved by the Federal Drug Administration (FDA). This misinformation coupled with ease of access to cannabis products has resulted in a disturbing trend.

The medical community needs to inform pregnant women about these risks and to regularly ask if they are using cannabis. At the same time, expecting mothers must tell their physician if they are using marijuana and how frequently. Being honest and open is essential so that physicians can design and implement an appropriate care plan for both the mother and her baby.