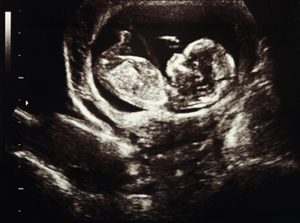 A recent study conducted by Dutch researchers and published in the peer-reviewed BMJ found that the first three months of pregnancy is a crucial time for a baby’s heart health later in life. Researchers concluded that children who were small during the early stages of fetal development were at an increased risk of heart problems once they were older.

Nearly 1,200 six-year-old children were assessed for cardiovascular risk factors as part of the study, including the amount and distribution of body fat, blood pressure and cholesterol, as well as insulin levels. The findings suggested that during the first trimester of pregnancy, the fetus experiences a period of rapid development. During this time frame, the heart and other major organs begin to form.

Fetal development during the first trimester

The most dramatic changes and development for your baby occur during the first trimester. It’s also during this time that the fetus is the most susceptible to damage from alcohol, drugs, certain medications, and illnesses. That’s why it’s so important that expecting mothers quit smoking, don’t drink alcohol and refrain from taking some medications as soon as they find out they’re pregnant.

If you fail to do this, physical abnormalities and mental disabilities may develop in your child. During the first eight weeks of pregnancy, the fetus is called an embryo. Baby develops so rapidly in the first trimester that he or she is fully formed and is an average of four inches long by the end of the first 12 weeks.

To ensure that you’re doing what you can to help your baby stay healthy during this crucial time, you should be on prenatal vitamins and eating a healthy diet. You should cut out unhealthy fats and sugars as well as toxins such as alcohol and dangerous carcinogens found in cigarettes.

Here’s a breakdown of your baby’s development benchmarks during the first trimester of pregnancy:

The first four weeks: By the end of the first month of pregnancy, your baby’s major systems and organs begin to form. The embryo looks like a tadpole and the beginning features of its eyes and ears start to develop. The heart is beating and tiny limb buds, which develop into arms and legs, appear.

By the end of eight weeks: At the end of the first two months of your pregnancy, the baby’s major body systems will continue to develop. This includes the nervous, digestive, urinary and circulatory systems. The embryo no longer looks like a tadpole and begins to take human shape. The mouth is developing tooth buds and the eyes, nose and mouth are starting to become more distinct on your little one’s face. If you were to have an ultrasound done at this point, you’d be able to clearly distinguish the fingers and toes of your baby. By the end of eight weeks, your embryo is in constant motion, although you’re unable to feel it for another eight weeks or so.

At the end of eight weeks, your embryo is now referred to as a fetus. Although it’s only 1.5 inches long, all of your baby’s major organs and systems are formed.

Johns Hopkins Medicine said that the fetus is the most vulnerable during the first 12 weeks because the major organs and body systems are rapidly developing. Damage can result if you expose the baby to drugs, radiation, tobacco and other toxic substances.

You’ll have around three prenatal visits during the first trimester, and the initial one will be the most thorough. You’ll do a complete medical history so your health care provider can assess any potential pregnancy risks and a physical exam is conducted to determine the health of the mother and baby.

A pelvic exam will be conducted to note the size and position of your uterus, the age of the fetus and determine your pelvic bone size and structure. Your doctor will also perform a pap smear to find out if there are any abnormal cells present in your cervix or uterus.

What surprised you the most about baby’s development this early in pregnancy? Share your thoughts below!

To learn more about how to choose and talk to your new OB, download our special guide by clicking below: 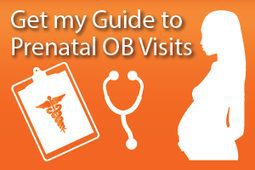