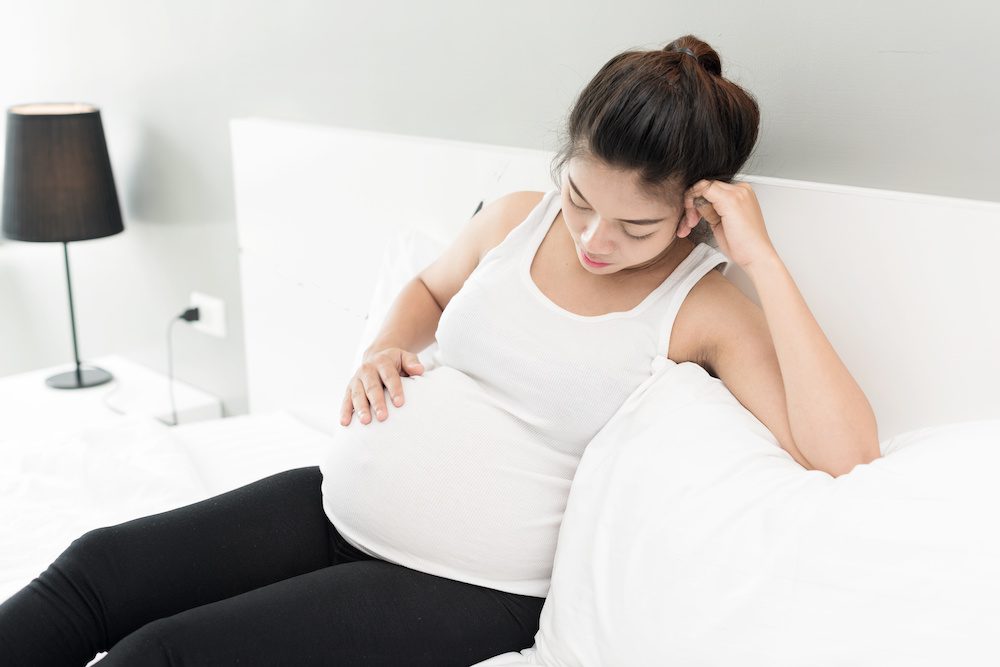 When you hear from friends or family members who have experienced pregnancies, you may find that morning sickness is a recurring topic. It’s an unfortunate side effect that many women go through during the first trimester that sometimes makes waking up in the morning a less-than-desirable prospect. However, you might not have heard tales of nausea rearing its ugly head during the third trimester, but it’s more common than you think.

Hormone fluctuations are mostly to blame for the morning sickness and nausea experienced during the first trimester, and it’s no different for sickness that occurs as your due date approaches. Believe it or not, even at the end of your pregnancy your body is still struggling to find balance.

Read more: Why do nipples get darker during pregnancy?

Another reason why nausea tends to happen this late is because of the size of your growing baby bump. At this point, your child is almost big enough to leave the womb, which means your uterus is expanding larger than it ever has before. This can cause pressure on your stomach, which can result in that uneasy feeling as well as heartburn as the stomach acids are forced up into your lower esophagus. Over-the-counter medicines for heartburn are usually considered safe for use if you’re getting the occasional pain after eating a meal.

Many women feel third-trimester nausea after eating especially because there’s less space in your stomach to hold what you ingest. That’s why it’s a good idea to keep the size of your meals small during this period, choosing several little meals as opposed to a couple large ones. It may mean that you have to forgo that big dinner, but you’ll get to snack on plenty of nutritious foods throughout the day, which will also keep your energy levels up. Keeping your servings relatively small will ensure that your stomach doesn’t have to try dealing with more than it can handle.

Second trimester – when to worry

Third trimester – when to worry

Of course, it’s always a good idea to talk to your doctor about your symptoms, so don’t neglect to mention feelings of nausea in the third trimester. 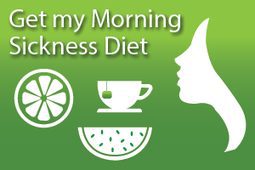 Some physicians will want to test you for viruses or illnesses that could be responsible if your symptoms starting up suddenly. You’ll also want to mention whether the feeling of sickness is interfering with your ability to eat, as you and your baby still need plenty of vitamins and minerals during this crucial stage.

If you are still getting morning sickness in the third trimester, it’s getting really old. Click for our a free download of our Morning Sickness Diet with tips on foods you can eat to stop or at least alleviate the nausea that goes with morning sickness.