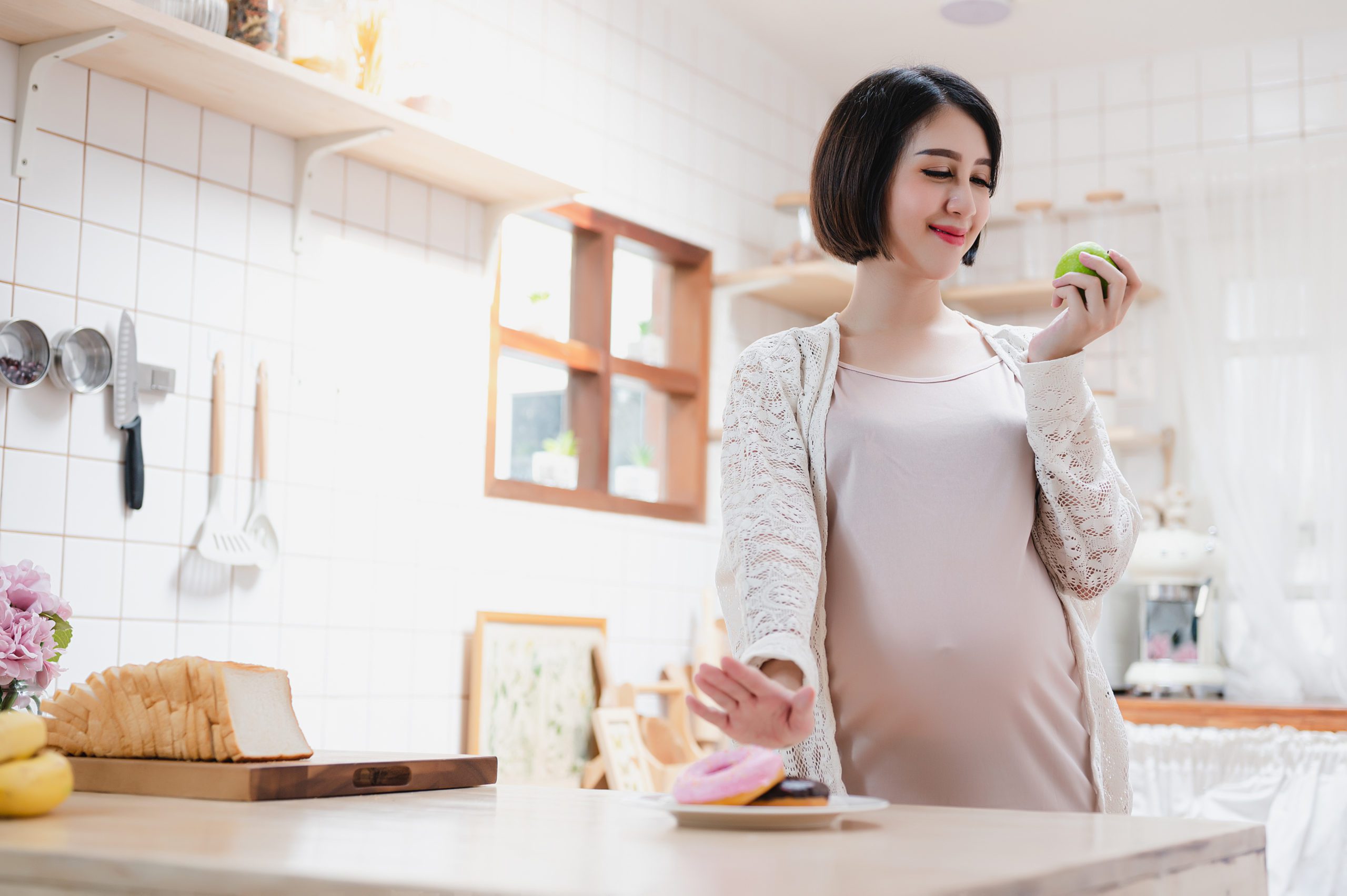 There’s a lot of truth and myth mixed in with all of the information and advice you’ll receive throughout your pregnancy, and sometimes it can be difficult to keep fact from fiction separated.

We’re here to let you in on the secret and tell you which myths – and what you’ve been told to do about them – actually hold any truth.

9 common pregnancy myths (and a truth!)

Spicy foods: You’ve been told which foods to avoid during pregnancy, but the tip that may have scared you the most is to avoid spicy foods because they can trigger pre-term labor. The fact is, this is entirely a myth. Think about it. There are women in countries around the world who only consume foods full of spices and most of them aren’t being sent to the hospital months before their due date, so carry on with satisfying your spicy cravings.

Cocoa butter and stretch marks: This is some news that may not be so welcoming, but cocoa butter isn’t going to do anything to prevent stretch marks. In fact, there’s nothing that can prevent them. If you’re going to get them it’ll happen and there isn’t anything you can do about it. You can, however, try lotions that contain vitamin E or even get some of the gel pills and slab them over your baby bump to make your skin smoother.

No sushi: Sushi lovers, rejoice! There’s nothing wrong with eating sushi here and there during your pregnancy. The only thing you need to avoid when eating this delectable treat are rolls that contain swordfish, mackerel, tilefish and shark. If possible, be sure to chow down on rolls with salmon as the omega-3 fatty acids are good for your baby’s brain development. As for tuna, be sure to eat less than 12 ounces per week.

Pregnancy heartburn and hairy babies: Nearly every woman has heard that the worse her heartburn is during pregnancy, the more hair her baby will have. This is false, as many women who report severe heartburn deliver bald babies. There’s a lot going on inside your body and with your stomach practically pushed up into your throat it’s no wonder that you can’t find any relief from the burn.

Don’t lift your hands above your head: The legend behind this myth is that if a woman lifts her hands above her head the umbilical cord will become wrapped around baby’s neck. This is totally false and one of the strangest pregnancy myths out there. Even if the cord is around your little one’s neck, most of the time doctors can easily slip it off without damage.

No flying during your first or last trimesters: There’s really no truth behind flying while you’re pregnant, you can do it at almost any time, whether it be your first or third trimester. If it’s unsafe for you to fly at any time, your doctor or midwife will let you know. Keep in mind, however, that certain airlines may not let you on their planes if you’re that far along because of the chance you’ll go into labor.

Avoid petting your cat during pregnancy: The dander on your cat won’t cause any harm to your baby. While it’s OK to pet your furry friend, you should avoid changing the litter box. The parasites in your cat’s feces can cause you to develop toxoplasmosis, a disease that can have devastating effects on your baby.

Walk to get labor going: As your due date approaches, you’re likely to do anything to get labor going. Don’t waste your time with walking, because it isn’t going to help. There is one thing: if you’re already in labor, then getting up and walking around the maternity ward can help with progression.

It’s a girl!: There are several myths out there that suggest if this and this happens then you’re definitely having a girl. Hearing that your face looks way different than normal isn’t just upsetting – it doesn’t mean that there’s a little girl growing inside your belly. Severe morning sickness also doesn’t mean that you’re having a girl.

Don’t take hot baths while pregnant: This myth isn’t a myth at all. You really should avoid taking a hot bath or going for a dip in the jacuzzi while you’re pregnant. Don’t do anything that can raise your body temperature to more than 102 degrees because despite your ability to cool off by sweating, your baby can’t.

Are there any other pregnancy myths you’ve heard? Share them in the comments below!